It was a tragic and sad day on Friday. Here on the tinyholding we have had a fox strike the egg laying committee.
Around 1.30 am Friday morning I heard a small kerfuffle in the garden. Quite a small argument that I put down to one of the birds having a strop because one the others had shuffled onto her perch and woken her. It was not the giant cacophony you would expect from fox strike. I lay there, in bed, weighing up the idea of waking DD and getting him to go and look. I decided that if there was one more squawk I would do so. There was just the sleepy silence of another tinyholding night. And so, I drifted off to sleep with the idea that all was well.
I don't think I will ever forgive myself for my complacency.
Upon Friday morning DD went to do his usual head count while letting them out and feeding them. He was horrified to find the door of the coop open and Pecky mauled at the back of the garden. The other birds were visibly shaken and subdued. They were crowding around him for comfort and safety. None of the usual exuberance or chatty bocking. He did a head count and couldn't find Darcy. It was only then that he realised we had not been woke by Darcy's enthusiastic morning glory. His usual dawn call of  "these are all my girls and this is my garden!"
Further investigating found a subdued and heartbroken Steve the Duck. Splodge, his Mrs Duck was also absent.
All the other birds were present and correct but clearly terrified.
DD came to me wanting to be proved wrong. Wishing that Pecky had died in her sleep and been pecked by distraught siblings. Hoping and Praying that Splodge and Darcy had gone to ground for some reason. I took myself to the scene and confirmed the worst. We had a fox!
The tell tale scattering of feathers in a quiet corner showing where Mrs. Fox had enjoyed her Pecky themed meal. Then taking Darcy and Splodge to her hungry cubs.
Poor Darcy was probably trying, with his diminutive stature but enormous character, to protect his girls. He was a dainty young man and no match for a hungry fox. Indeed, in Mrs Fox's eye he would have been a perfect meal from the children's menu.
Splodge was a dopey, loveable and curious duck. She wouldn't have stood a chance. Steve, however, upon closer inspection had not allowed his wife to be taken without a fight. He had sustained bites about his neck and his wing had clearly been injured.
He must have put up a brave fight. We have watched him since the incident and he seems to be recovering. Upon the first day I was very much in two minds about a cull.
The decision we now need to take regards this brave little soldier.
We cannot allow him to free range with a garden full of hens and no duck for company. Drakes and Cockerels are build differently and a Drake showing too much attention to a hen can damage her.
Do we bring him a wife or do we rehome him? If he does not recover fully the decision to cull may yet come to pass.
The Boglin child has pleaded with me not to let him die or to cull him. Therefore, I am trying to keep my word. The jury is, sadly, still out.

Bless you and rest in peace our absent friends. 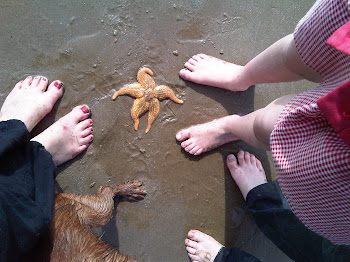